Teeming with flora and fauna it’s no wonder the 220 square miles of the New Forest draws people from far and wide to experience kayaking within its boundaries.

Declared a forest by William the Conqueror and featuring in the Doomsday Book the New Forest is a wonderfully diverse landscape where wild ponies, donkeys and deer roam free.

There are three rivers that drain through the forest those being the Beaulieu River the Lymington River and the Avon Water right in the very south. 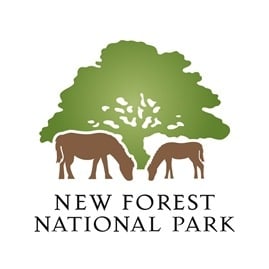 So whilst inland waterways are a little difficult to find for the kayaking enthusiast, the New Forest has 43 glorious miles of coastline to paddle so you won’t want for a kayaking experience.

Just 90 minutes outside of London, and offering a number of kayaking opportunities, in this blog post, we outline our top picks and best places to kayak in the New Forest.

Kayaking in the New Forest

We're An Authorised Affiliate Blog We hope you enjoy reading our blog and get value from our content. Just so you know if you purchase anything from links on any of our blog pages we may receive a small payment commission from those sellers/vendors.

There aren’t many privately owned rivers on the planet but the Beaulieu River is one of them. Thus permission (and a fee) is required to kayak on this waterway. Whilst no waterways licence (kayak licence uk) is required please be aware that a launch fee of £5 per day is payable. It’s best to contact the Harbour Master at Buckers Hard before kayaking the river to be sure of the legality of access.

That said, the Beaulieu River is a marvellously scenic tidal river which is a Site of Specific Scientific Interest and a National Nature Reserve. For over 400 years development on the river has been controlled by the Montagu family (the rivers owners) and their conservation efforts have seen that the River Beaulieu remains a drawcard and a haven for an abundance of plant and wildlife. 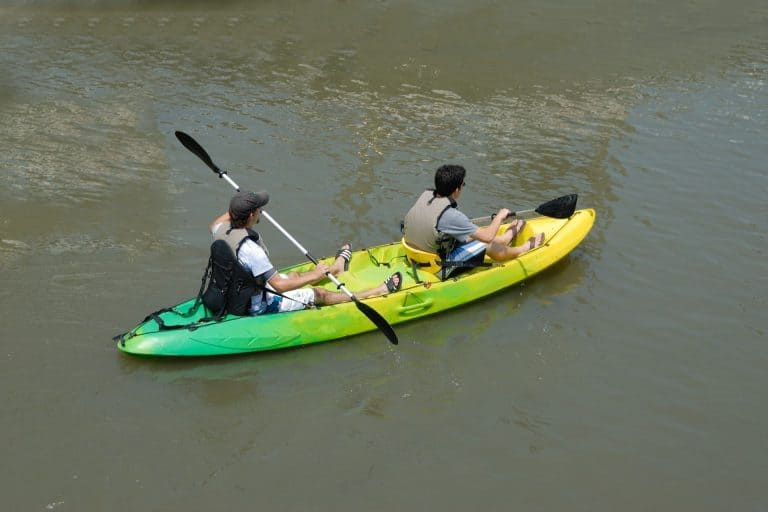 Kayaking on the River Beaulieu is a pleasure but as always with tidal rivers, you need to pick the right time to paddle. Ensure you have checked the tides and set off on your paddle as the tide is rising and make sure you’ve begun your return from Beaulieu (presuming that was your intended destination) on the receding tide.

You don’t want to get caught in the uppers reaches of the river north of Bucklers Hard at low tide where some parts of the river may be impassable and impossible to kayak.

The most common route for kayaking the Beaulieu River is from South to North and the most common launch area for kayakers is at Lepe Beach where you are greeted with spectacular views over the Solent right across to the Isle of Wight. There is a car park here (fee payable) with plenty of room for larger vehicles but be advised that it gets very busy in high season so do think ahead when planning your paddling adventure on the River Beaulieu.

The coastline at Lepe can be quite choppy but paddling is fun here from the outset and it’s only about a half-mile kayak into the mouth of the Beaulieu River. Once in the river proper, the calmer serene open waterway offers a more relaxing adventure as you discover hidden creeks, spot roaming wildlife, and enjoy the fabulous countryside.

The folks at New Forest Activities which is actually based in Beaulieu itself are the go-to people for Beaulieu River Kayak Hire.

They offer single or double sit-on-top kayaks and work on a three-hour hire session which includes:

Their sister company Liquid Logistics offers courses such as Kayak Rolling and Safety and Rescue Training, as well as full-day tours and sea kayaking mentorship. 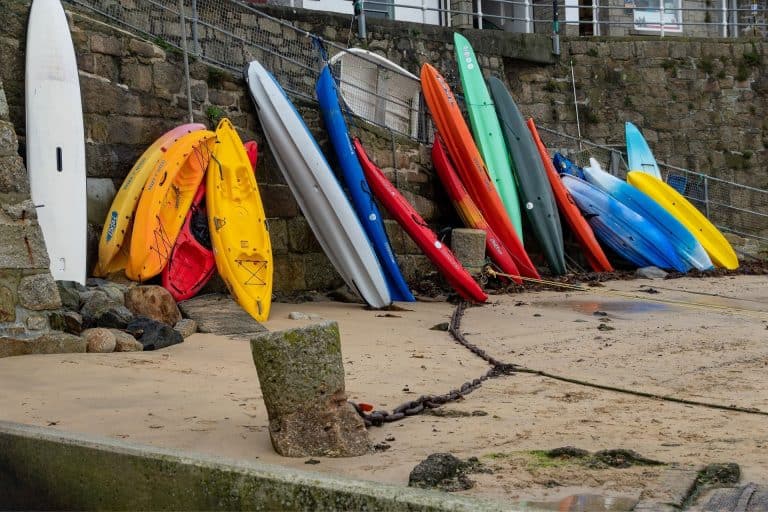 The Lymington River offers a different kayaking experience to the Beaulieu River in that at its mouth the river develops into a natural formation of salt water lakes and salt-marshes.

North of Lymington offers shallower waters which are ideal for beginners to practice their kayaking techniques before they head south past an eccentric mix of coloured moored local boats and massive marinas and tackle the choppy sea section of the river in the South.

The salt-marshes and lakes provide plenty of cover for a multitude of different birds such as terns, sea gulls, wading birds and even fishing birds. Porpoises and even the occasional seal have been known to frequent this end of the River Lymington. 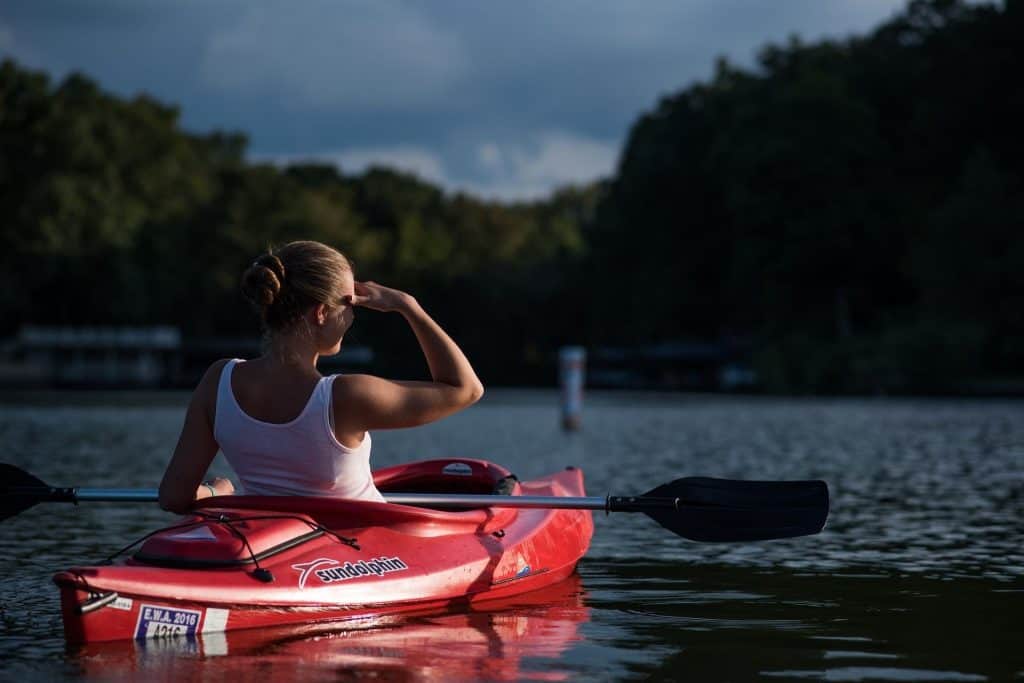 Oxley Lake and Crooked Lake are west of the Lymington River mouth and Pylewell Lake and East Lake are to the east.

For the very adventurous and with proper planning, it is actually possible to kayak from Brockenhurst (which is about 4-5 miles inland) all the way through Lymington to the ocean but there are weirs in that northern stretch of the Lymington River as well as seasonal tree blockages.

Only consider this northern part of the river outside of trout season as anglers will otherwise be fishing the banks and the river can be a very narrow river in places. Also, you’ll need to make sure you chose the right season for water levels and as it can get very shallow upriver.

With a company name like Kayak Hire Lymington, these guys have proven to be the experts in kayak hire in this particular neck of the woods.

With equipment for seasoned professional to novice kayakers, Kayak Hire Lymington offer a fantastic range of sit-on-top kayaks that have been specifically selected for stability and performance. They even have kayaks for families that accommodate two adults and a child.

Provided with your kayak when hired from Lymington Kayak Hire are:

Parking can be a chore in Lymington, especially in peak season, so be prepared for that fact when booking any kayak hire with Lymington Kayak Hire. As always planning ahead is crucial to ensuring you get the best out of your New Forest paddling experience.

Kayak hire with the abovementioned guys is available from Lymington’s Historic Quay and prices start at £25 for a two hour hire session. Extra kayak hire hours can come at a reduced cost so just ask on arrival. 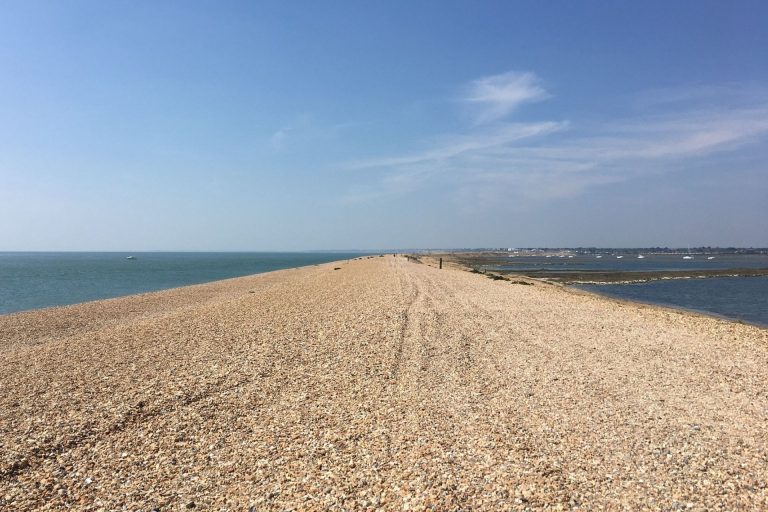 Only just within the borders of the New Forest National Park, Keyhaven is a small fishing village fronted by the natural wonder of the Keyhaven Marshes. It’s an excellent starting point for a kayak about the calm tidal lagoon of Keyhaven Lake which reaches right out to Hurst Castle about a mile away to the south at the end of Hurst Point.

This is a very popular point from which many thousands of kayakers each year make the crossing of the Solent to the Isle of Wight so kayakers are always about the area year-round.

Kayaking within the waters of the Hurst Spit can be challenging and deceptive for the novice especially at the turn of the tide when an area known locally as “The Trap” can catch out the kayaking beginner. This is where the water can go from calm and serene to quite rough literally within a couple of paddle strokes.

Paddling out to the English Heritage administered Hurst Castle from Keyhaven is an extremely popular kayaking pastime here and a very family-friendly experience.

Kayaking near and around Keyhaven can be a joy, and the staff at The New Forest Paddle Sport Company will make sure your paddling experience is as memorable as possible.

Claire, Scott, and their well-trained, knowledgeable staff, provide the best kayak hire and kayaking experiences in the area with options to suit all kayaking levels and budgets.

They offer kayak hire on the high tide daily (obviously times change) from Keyhaven Quay and all kayak hire includes:

From the New Forest Paddle Sport Company kayaks cost from £20 (for a two hour hire) and kayaking experiences start from £40 per person. Reduced rates available for extra hours over the two hour initial hire.

Sea kayaking on the Solent, the strait of water that separates the New Forest and mainland England from the Isle of Wight, can be a dangerous place to paddle for the unprepared.

Not only is the Solent a major shipping lane, but it also has the added hazard of an unusual “double tide”. This can be often favourable for sea kayakers but also prove extremely hazardous to kayaking novices due to the very strong tidal movements changing the state of the sea here very quickly.

Nevertheless, as we’ve already stated previously, people wishing to sea kayak the Solent to the Isle of Wight flock to this area regularly so the water is often dotted with paddlers navigating this impressive waterway.

The narrowest point is between Hurst Castle on the mainland and Fort Albert on the north end of Colwell Bay across on the Isle of Wight. This stretch is just on a mile wide and sea kayakers braving the Solent are seen paddling here the year-round and it can be a busy piece of water for non-powered watercraft.

The members of the New Forest Kayak and Canoe Club (nfkcc.org.uk) are extremely knowledgeable about Solent Sea kayaking and it would definitely pay to contact them in the first instance, in order to get more information and paddling tips for kayaking the Solent. These guys are affiliated with British Canoeing so you can be sure they always have the most up-to-date data and information available to them regarding the Solent in terms of weather, tides, and more! 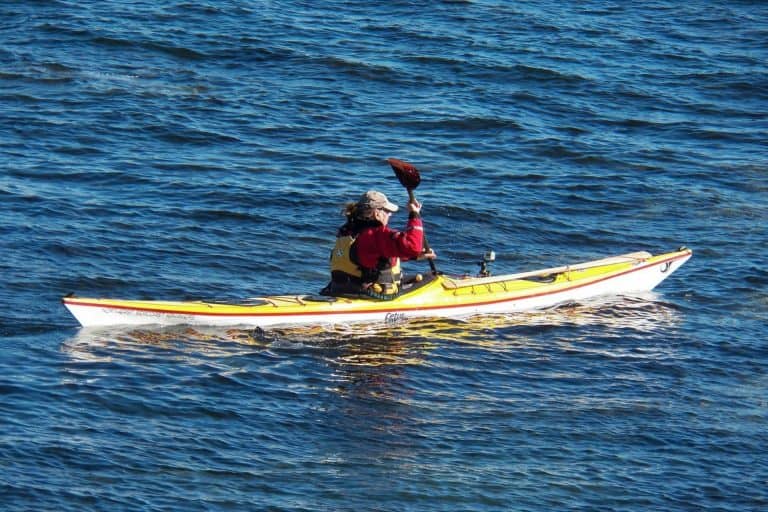 There are plenty of resources available for those wishing to experience kayaking in and around the New Forest and no shortage of local people who would wish to offer you advice, instruction and references for kayaking in the area.

We hope you enjoyed our take on Kayaking in the New Forest. If you have any comments or suggestions please do leave them below this blog entry in the comments section.

Are you perhaps interested in Kayaking in the Lakes District or in Somerset? If so please we’d love you to check out our previous blog entries on those topics.

Do you love everything about Kayaking? Do you dream of your next Kayaking Destination? Do you spend much of your spare time on the water Paddling?

If you answered yes to some of these then you are just like us... 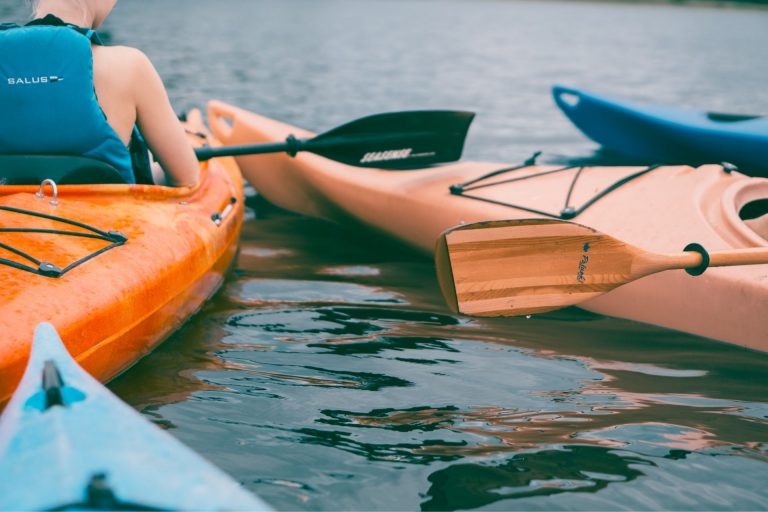 Kayaking in Somerset Somerset has many fantastic and enjoyable Kayaking opportunities albeit probably lesser known than the nearby counties of Devon and Cornwall, but quality paddling options are available. From tackling the tough tidal currents of the Severn Estuary and the Bristol Channel to the tranquillity of kayaking on some of the lesser known rivers… 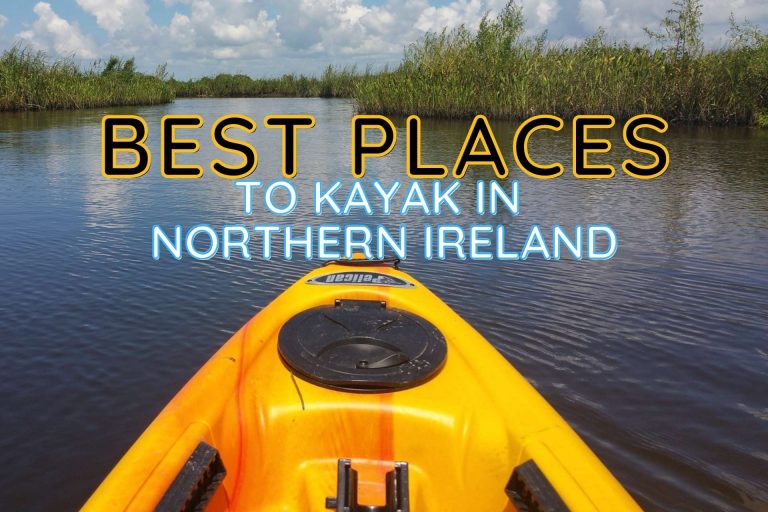 The enthusiastic paddler will find that exploring Northern Ireland in a Kayak offers some splendid opportunities for all levels of skill. Northern Ireland is blessed with some wonderfully green rolling hills and a rugged and beautiful coastline. Its rainy yet temperate oceanic climate ensures that a great number of rivers, streams and lakes are available… 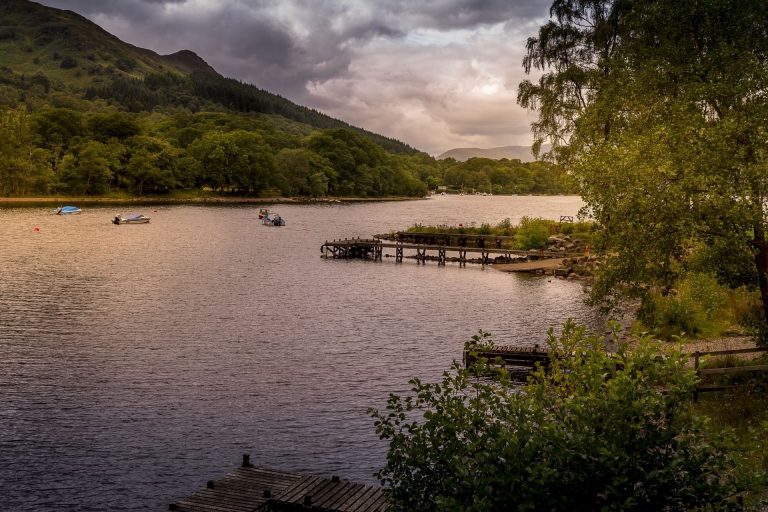 Loch Lomond is a magnificent 23 mile long waterway and must-do kayaking destination for the passionate paddler. Situated right at the doorstep to the breath-taking Scottish Highlands, Loch Lomond is bestowed with awesome scenery, abundant wildlife and a rich heritage making it a very popular place for tourism, and for kayaking. Being the largest lake… 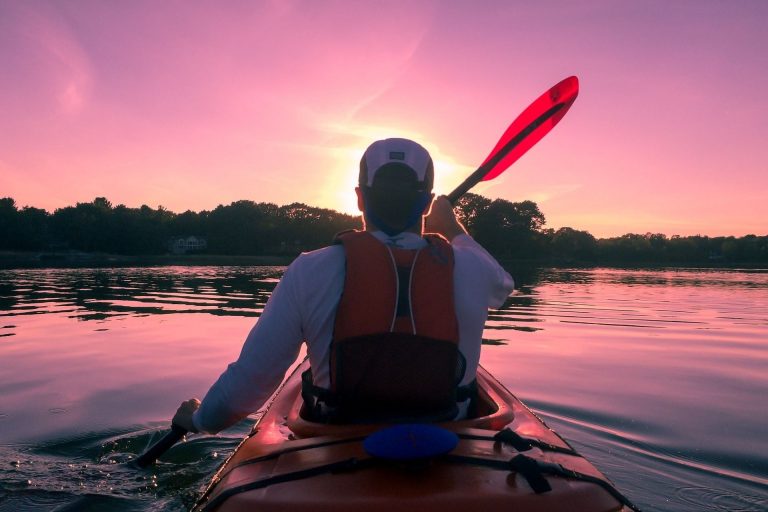 Kayaking in the Lake District The Lake District in Cumbria offers some superb kayaking for the enthusiastic paddler with a varied selection of lakes to explore. Beautiful scenery greets the avid kayaker from the water and whether you are kayaking in a group, or going solo, you’ll definitely find somewhere enjoyable to paddle in the…